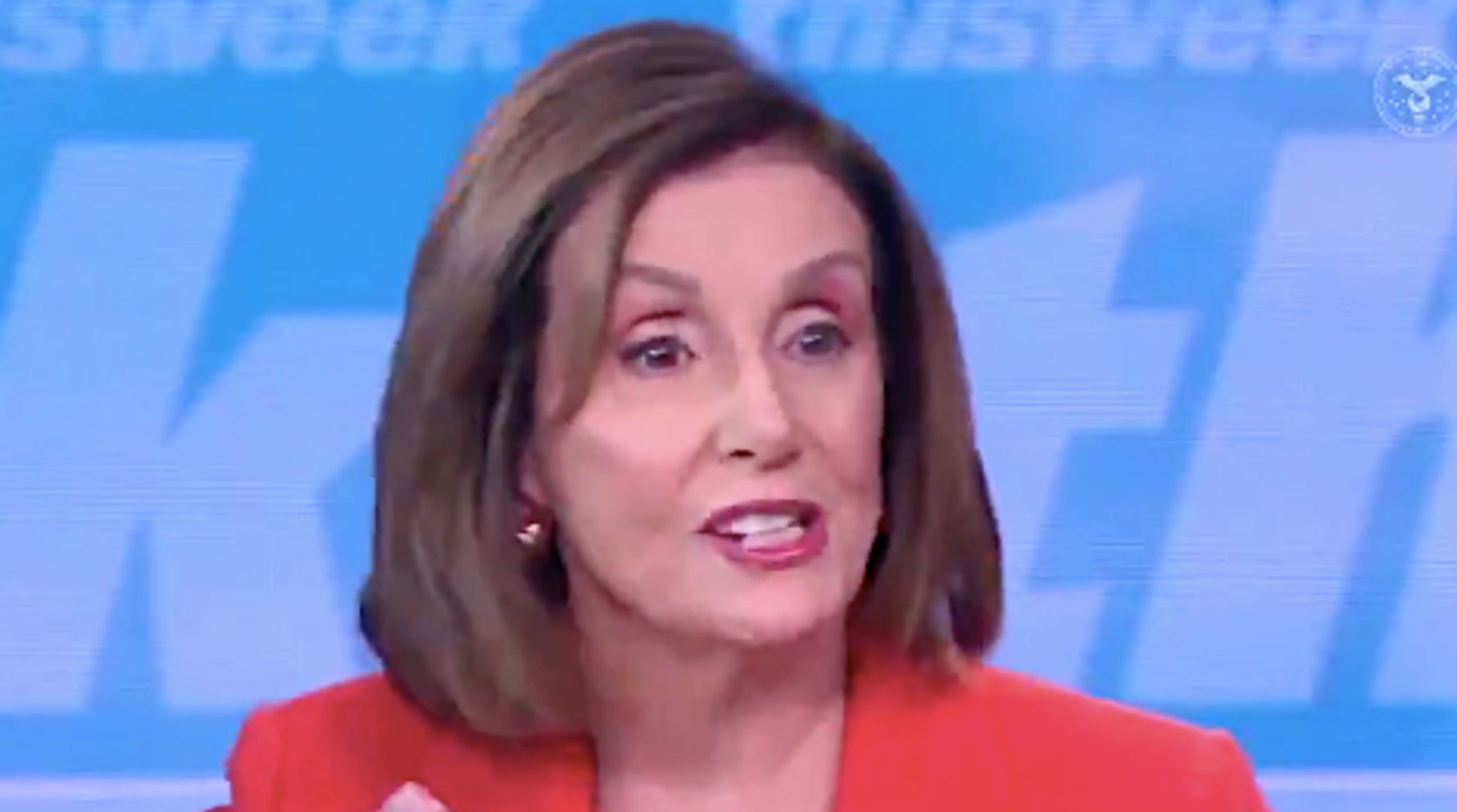 Donald Trump complained about the awful “stigma” of impeachment on Twitter Sunday just hours before Speaker of the House Nancy Pelosi (D-Calif.) crowed that no matter what the Senate does, the president is already “impeached for life.”

Trump lashed the impeachment process in a series of tweets Sunday. But the “stigma” message perhaps most clearly revealed his frustration and pain over the black mark on his presidency.

Why should I have the stigma of Impeachment attached to my name when I did NOTHING wrong? Read the Transcripts! A totally partisan Hoax, never happened before. House Republicans voted 195-0, with three Dems voting with the Republicans. Very unfair to tens of millions of voters!

But nothing will remove Trump’s impeachment, passed last month by the House, Pelosi later told George Stephanopoulos on ABC’s “This Week.”

“This president is impeached for life, regardless of any gamesmanship on the part of Mitch McConnell,” she said. “We’ve done our job; we have defended the Constitution of the United States. We would hope that the Senate would do that as well.” She said the House believes there is “enough evidence” for the Senate now to “remove the president from office.”

The President has been impeached – and no amount of gamesmanship from Leader McConnell will erase that fact. #DefendOurDemocracy @ThisWeekABC pic.twitter.com/SWPASPFqeB

Senate Majority Leader Mitch McConnell (R-Ky.) has indicated that the upcoming Senate trial will be a speedy affair that won’t include any witnesses. McConnell even backed a resolution that would allow the Senate to dismiss the articles of impeachment against Trump if the House fails to deliver them within 25 days.

The House is pressing the Senate to hold a full trial with witnesses. “Why are they afraid of the truth?” Pelosi asked Stephanopoulos.

Former national security adviser John Bolton has said he would testify at the Senate trial if subpoenaed — though Trump has threatened to invoke executive privilege to block his testimony.  Bolton was present during talks with Ukrainian officials at the time Trump was pressuring the nation’s president to open an investigation into his political rival Joe Biden — while Trump was withholding military funds. Trump’s pressure on Ukraine to gain a personal political advantage is at the heart of his impeachment.