At a time when it is common for shows to premiere and close in the same calendar year, it is not an easy task for a news program to make politics laugh in a country as volatile as India, and still not its sharp Lose edge.

As the headline of CNN-News18 shows The week that wasn't With our 12th birthday this year, we are very close to the duo that is primarily responsible for its success – Cyrus Broacha and Kunal Vijaykar. Here they talk about their show, work with each other and how they make the important things interesting.

The week that didn't turn 12! How was the trip?

Cyrus: It was exactly the same. We go to the same studio, the same place with the same thing and repeat many of our jokes. So it was pretty good.

When we started in October 2006, we were both anchors – I worked with MTV and he did a food show. These were easy jobs. We just had to show up and do our thing. There was never any preparation. But here we were suddenly pushed into a situation where it is under daily pressure to write, find suitable stories, find out which ones are correct and then get a hint of humor, but it has become easier and easier because of ours Country just gets so funny.

After all, we deserve to be paid for a job. Honestly, I shouldn't have been paid for a lot of things I've done in my career. And maybe Kunal too. But I should be paid for that because we actually have to sweat a little. We have earned the maintenance to some extent.

Kunal: I think we have both gained a lot of weight since we started. But the big change that has taken place in the past three years is that as a weekly show we now have a daily vignette format that is quite exciting and challenging because you always have to be up to date.

How did the show come about?

Cyrus: A gentleman who is no longer with us called me in 2006 and said, "I want to do a show that is a bit like John Stewart's." He was very sure that he wanted a satirical show for the new broadcaster. I liked the idea, but I didn't take it seriously because I was still working with MTV. He asked me: 'Who do you want to work with? Do you have a team or should I put together a team? "I immediately thought who would fetch me and drop me, who can I have lunch with? Taking all these factors into account, I chose Kunal. I didn't really know him at the time.

12 years is a long time. What do you think worked for you?

Cyrus: India's politics will always be fun. There are many people who really like this kind of humor because they live in the real world and look at it. This segment appreciates our work and I think we are also part of this segment. We would watch a show like this. I would like to have better looking people in us, but otherwise I think we're okay.

Kunal: It is true that we have extremely funny characters in our politics. We have never tried to take sides. We tried to be equally bad for everyone.

Cyrus: No, I don't think it's good or bad or balanced. You look at the problem and the problem is ridiculous. For example, cow politics is really funny after one point. You have to look at it from this point of view. That's the way it is and the people who watch our show understand it. Or is the renaming fun, for example, because with everything that goes on in the background it really has top priority? So it's easy to tell these stories. How is an episode prepared? How do you decide what to take with you and what stories to skip?

Kunal: The message is saying itself. It has to be from above. As in most comedy films, half the battle is won if you choose a topic.

Cyrus: Kunal has entered the Internet age, but our viewers are mostly people who read print. So I stayed with printing. I've read what's in the newspapers and what I think is history. He stays on the internet and tells me what's the big story there. We argue a bit, but we try to find the right balance from both media.

Kunal: Often there is no story worth talking about, or the story that is all over the place is so sensitive that there is nothing you can do about it. In such cases, we find a story that's inherently funny regardless of where it appeared, and then record it.

Which of the characters you played was the most fun?

Kunal: Unfortunately, many of our super hit characters have either become irrelevant or passed away in the past 12 years. But Sharad Pawar and Nitin Gadkari were really fun.

Cyrus: In the past six months alone, we have lost four cult figures. And all of them are visually striking, the way they only have to come on stage and the audience is already laughing.

I really think that the difficult one that Kunal is not familiar with is his trump card. He doesn't like doing it, but I didn't have a person who didn't like his Trump. 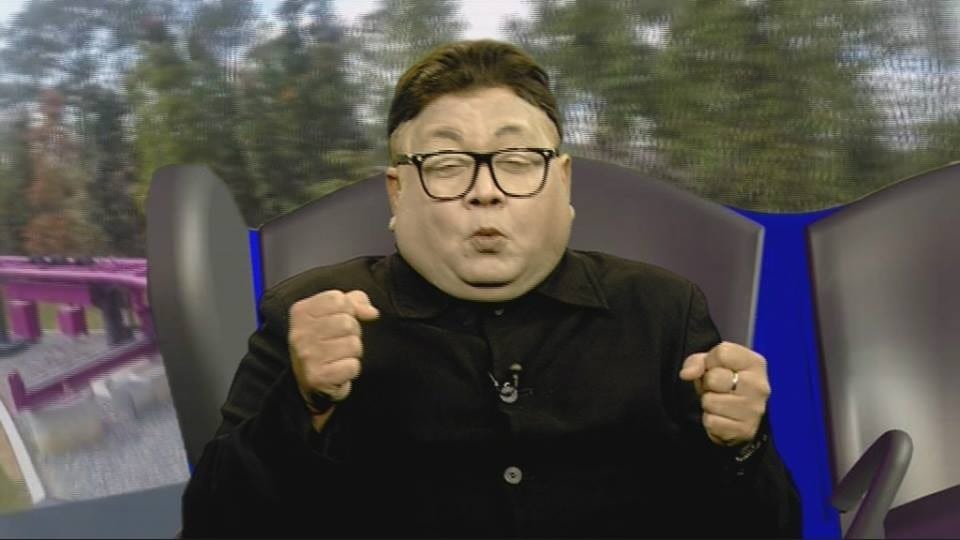 Kunal: I feel uncomfortable with the character because I don't think I'm good enough.

Cyrus: The thing is, with Gadkari and everything, Kunal is closer to ethnicity and looks. With Trump, it's not, but it's still funny. The idea is to be funny more than anything else. He's clearly not exact, he doesn't keep her accent, but it's funny. Everyone who has seen it has enjoyed its version of Trump because it is very different from the impressions that people who look like him make in America.

Kunal: In addition, none of us imitate the mimicry or can even imitate it. Our representation of characters is more like a cartoonist.

Cyrus: You are very poor actors. Imagine what I'm working with. It was in this limited capacity that I was able to put together such a vehicle. You can't act, you can't imitate, and yet we can do it.

Between the three – Kunal, Gopal (Dutt; actor) and Kaneez (Surka; comedian) – we managed to meet a number of politicians of different ages, genders, genders and even movie stars and people from abroad. The NCP (Nationalist Congress Party) comes to mind because we exceed our weight. We don't have numbers, but we still do what we can. I think Kunal should get the Padma Shri as soon as possible. 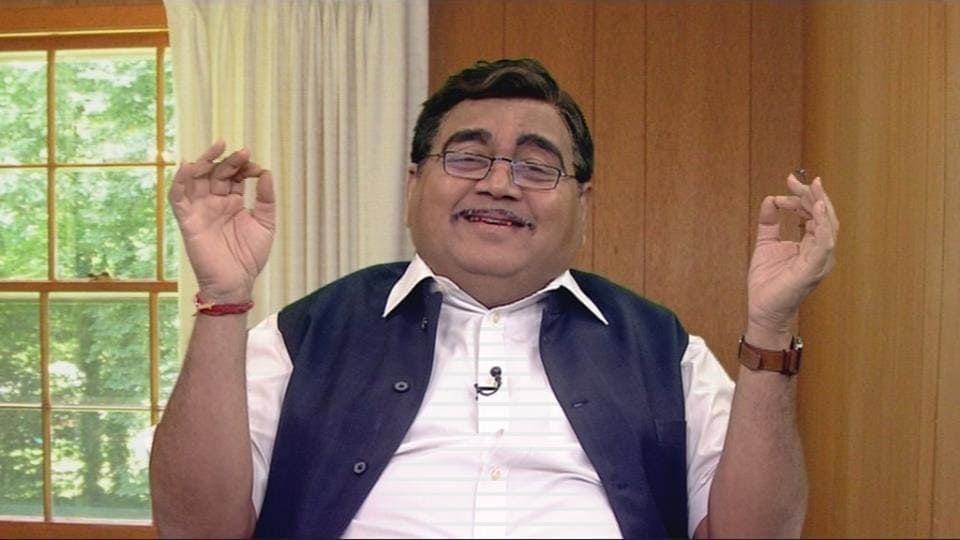 What is the working relationship like between you two?

Cyrus: When we're alone, we don't have a big problem. I like people laughing. So sometimes I make fun of him and he gets insulted. I like people I hardly know. He only likes people he knows. But we are fine. I don't think there has ever been a big problem. Otherwise we would not have survived so many years.

Kunal: Being together every day for 12 years is no joke. Cyrus can pretend to like people. I don't pretend

Cyrus: Kunal is in my house half the time. He is in my domestic life. Sometimes we go to plays, shows and events together. So there is also a lot of time beyond the show. I think it's a little late to file a complaint now.

What is the biggest challenge in a funny political show when the views are polarized and people are not particularly tolerant?

Cyrus: Although we have a long tradition of satire and vyang in India, people like us keep finding our feet on television news. Maybe the next generation of people who do this will have a few standards to look at. We don't really have that. So we have to test the water. I wish I could tell you that this is allowed and not, but there are no specific black and white areas. And they are constantly changing.

We don't want to cross borders. I don't want to be a martyr. We just want to have fun, see what the funny side of it is, spin it and get started.

Kunal: We are entertainers. We are not journalists. What we do is entertainment, you all fight against the causes.

Where do you draw the line

Cyrus: Personal matters are always the matter more than anything else. You have to be careful with them – height, weight, age, 10 children, things like that. However, when we are dealing with a political issue, we are not concerned. We take care of political issues, but they are personal issues that are defamed. You try to avoid this. 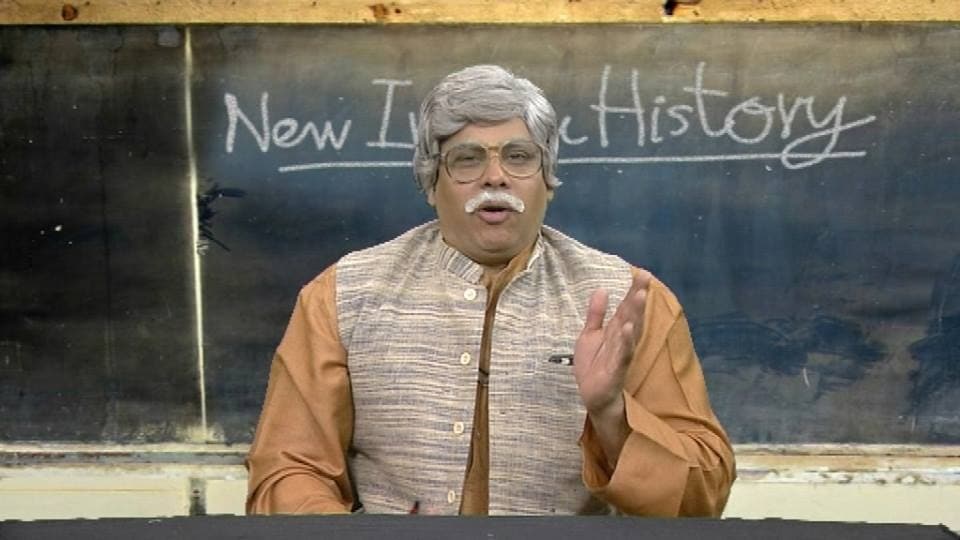 Have you ever been threatened or accused of your content?

Cyrus: We have. We apologized to a few people on the phone. I do not have a problem with that.

Kunal: If someone is offended, what's wrong with apologizing? Most people want an excuse. They just want to be recognized.

Cyrus: Your ego is hurt. And you don't want to hurt it. It is never the intention to make a person feel bad on a personal level. On a political level, yes, because it is often stupid. If I want to talk about political issues, I have the right to do so in a democracy. But in personal matters you are crossing the line. In this case, if the line is sometimes out of focus, we apologize.

What is the plan?

Cyrus: We are looking forward to the upcoming parliamentary elections. 2014 was huge for me. The whole world has been watching India. 2019 will be even bigger. We’re just waiting for May because it’s going to be great fun.

There is already a lot of mucking. Our policy has become very American. We are not holding back. It gets dirty and cloudy and worse. We get more to play in all of this. So we can hardly wait for the gloves to be removed.

Coronavirus deaths in China at 304, Wuhan Indians evacuated under observation