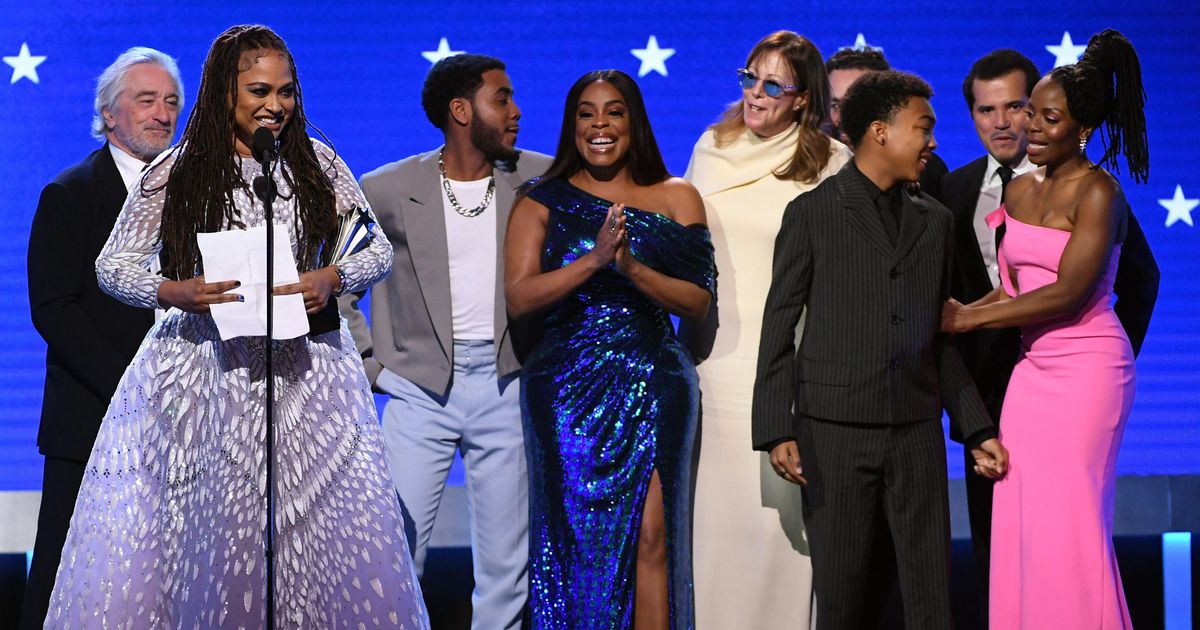 Ava DuVernay’s searing Netflix miniseries “When They See Us” bounced back from its Golden Globes snubs by winning big at the 2020 Critics’ Choice Awards on Sunday night.

The Jharrel Jerome-fronted series that reframed the real-life stories of the “Exonerated Five” ― a group of five Black and Latino teenagers who were wrongfully accused of raping a woman in Central Park in 1989 ― picked up the award for Best Limited Series at the 25th annual ceremony.

After the star-studded crowd rose to its feet, the Oscar-nominated director seemingly addressed the lack of awards recognition at the Globes in her acceptance speech by thanking the Critics Choice Association for “finally letting us take the stage.”

“We made a four-part, five-hour film that was an act of love,” DuVernay said, before thanking the cast and crew, as well as Netflix for letting a “black woman do her things.”

“This series began with a tweet from Raymond Santana and now he, Antron McCray, Kevin Richardson, Yusef Salaam and the mighty Korey Wise, stand for something larger than they ever imagined,” DuVernay shared. “They stand for justice, they shine bright like the gems they always were but that we never saw.”

“If you watched their story and felt something in that moment, I invite you to doing something,” she continued. “There’s no right thing to do. Do what you feel where you are, but don’t let your anger and sadness be all.”

DuVernay previously addressed the series being completely shut out by the Hollywood Foreign Press Association, which determines the Golden Globe nominations, on Twitter following fan outcry.

“These things are a cherry on top,” DuVernay tweeted in response to a fan the day the nominations were announced. “The sundae is yummy with or without it. And this one has been particularly delicious.”

“When They See Us” was expected to make a strong showing at the Globes after Jharrell Jerome made history at the Emmys last year by becoming the first Afro-Latino to win the trophy for acting.

The series was, however, the most nominated series at the Critics’ Choice ceremony with Jerome also picking up an award for Best Actor in a Limited Series, while co-stars Asante Blackk, John Leguizamo, Niecy Nash and Marsha Stephanie Blake also received nods.

Fans of the series watching at home were, of course, thrilled by the win, taking to Twitter to express their enthusiasm.

Ava DuVernay gave a speech that reminded me why I put up with this show. The critics on the TV side generally choose great winners that tend to get overlooked elsewhere. Congrats to “When They See Us” on the Best Limited Series win! #CriticsChoice

WHEN THEY SEE US WON AND I CANNOT ~CANNOT~ BE HAPPIER! THAT SHIT WAS SO SAD AND SOMETHING THAT SHOULDVE NEVER HAPPENED TO 5 INNOCENT BOYS WHO HAD THEIR CHILDHOOD TAKEN FROM THEM BC OF LIES. THE STORY OF KOREY KEVIN YUSEF AND ANTRON WILL LIVE ON AHHHH

About DAMN time @ava got her chance to stand on stage ✊🏼✊🏽

Last Christmas Review: A Christmas Carol Twist Where the Song Is...