There are demons in my room, or so it seems, because they take on the shapes of animals, objects and people at will. I open my eyes and they are gone and I realize that I have hallucinated. It is a result of exhaustion, lack of oxygen and bitter cold. The demons have disappeared, but a slight rhythmic roar remains. It is real!

I pull the curtains open and there is a yak in front of my window that has taken it for itself to be my morning alarm. But beyond the exuberant cattle, whose permanent snow shines in the early morning sun, is Mount Everest. So close, so clear that I can see the limestone summit the size of a limestone table, which is the climax of a mountain climber’s fame.

Goosebumps break out because once again the realization emerges that on an icy morning in southern Tibet I see exactly the view that George Mallory first saw in 1921 – the north face of the highest mountain in the world.

I had heard of George Mallory but since I read Jeffrey Archers Ways of glory, I was fascinated by this talented mountaineer, who was so limited by the rudimentary climbing equipment and equipment of the 1920s.

When I was given the opportunity to drive from Kathmandu to Everest Base Camp in Tibet, I had as much thrill and the strength to drive over passes at 18,500 feet and temperatures down to -6 degrees Celsius. The attraction was also to be where Mallory stood before climbing Mount Everest.

We started from Kathmandu, a group of eleven drivers, and had five days left. Nepal cleaned up green and pretty after the monsoons, but much of the road on our route was muddy and wet, with consistency ranging from thick molasses syrup to viscous porridge. I was astride the Royal Enfield Himalayan, which was designed for such conditions, and that got me through the first two days and the entire trip without a single fall. 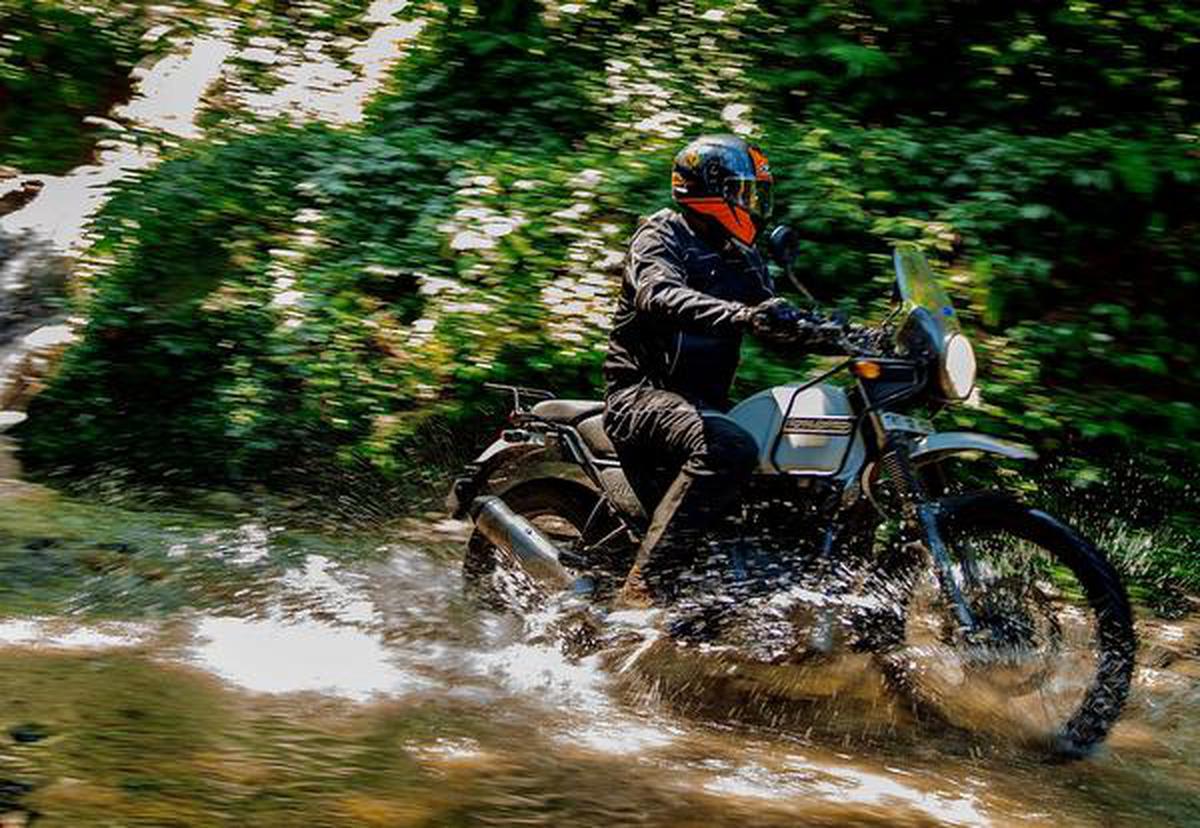 We were blessed for saying goodbye to the monsoon, but the warmth and humidity made me feel like I was in an open air sauna when I cursed the heat trapping ability of my riding equipment. This is because we were still at terai height in the Nepalese Himalayas and still below the tree line.

But two days later, when we started from Gyirong, the first city across the border in Tibet, the cold was unbearable. We were now at 8,900 feet above sea level.

The streets in Tibet are built in China, smooth and flawless. This meant that we could keep high speeds on our motorcycles, but it also meant that we ascended very quickly. Within three hours we were on the 17,200-foot pass, which was the entrance to the Tibetan plateau – rightly called “The Roof of the World”. The drivers with Mount Everest in the background

For me it was a test of steadfastness. Not only did I struggle against temperatures hovering around freezing, I was also curious to see if acute mountain sickness (AMS) would envelop me in its fatal hug. I knew that I had to drink a lot of water and stay calm to fight it so that my breathing was relaxed and deep.

But I just couldn’t stay calm because I was driving through such a spectacular landscape. The deep blue Paiku Lake was on the horizon and beyond it stood the perennial snow-capped mountains, the eight thousand, so-called because their peaks were over 8,000 meters high. Here at Lake Paiku, the Shishapangma was the most dominant at 8,013 meters (26,290 feet).

Our goal for that day was Tingri, which is at 14,265 feet. When we entered Tingri, AMS was common among us. When the oximeter attached over my finger showed 65% oxygen, I was disappointed because there was a possibility that I would have to stay in Tingri because Rongbuk was at 16,340 feet. To give you an estimate of how high that is – my last parachute jump – where I jumped from an airplane – was 15,000 feet!

And to get to Rongbuk, an 18,000-foot pass had to be crossed. But that evening I took it calmly, drank enough water to shame a camel, and the next morning I was ready to ride. Unfortunately two drivers had to stay in Tingri. The writer with Mount Shishapangma and Lake Paiku in the background

The 140 kilometer drive this morning was more than spectacular when we drove to the pass where Mount Everest came into view. It was a beautiful day with blue skies and I remember watching the view from the pass. Everest was 8,848 meters higher than the Shishapangma, Makalu, Lhotse and Cho Oyu that flanked it – all over 8,000 meters high.

The road down the pass was so great with its 108 hairpin bends that I really had to keep my thoughts in check and not get carried away by excitement that would make it harder for me to breathe. It was not an easy task because after 16 years I rediscovered the joy of motorcycling in the Himalayas.

That evening when I was standing in Rongbuk and watching Everest change from white to golden with the last rays of the setting sun, I felt a feeling of exhilaration just to be in his presence and I didn’t even want to try climbing it.

Imagine what George Mallory must have felt when he stood right there in 1921 looking at this eternal mountain.