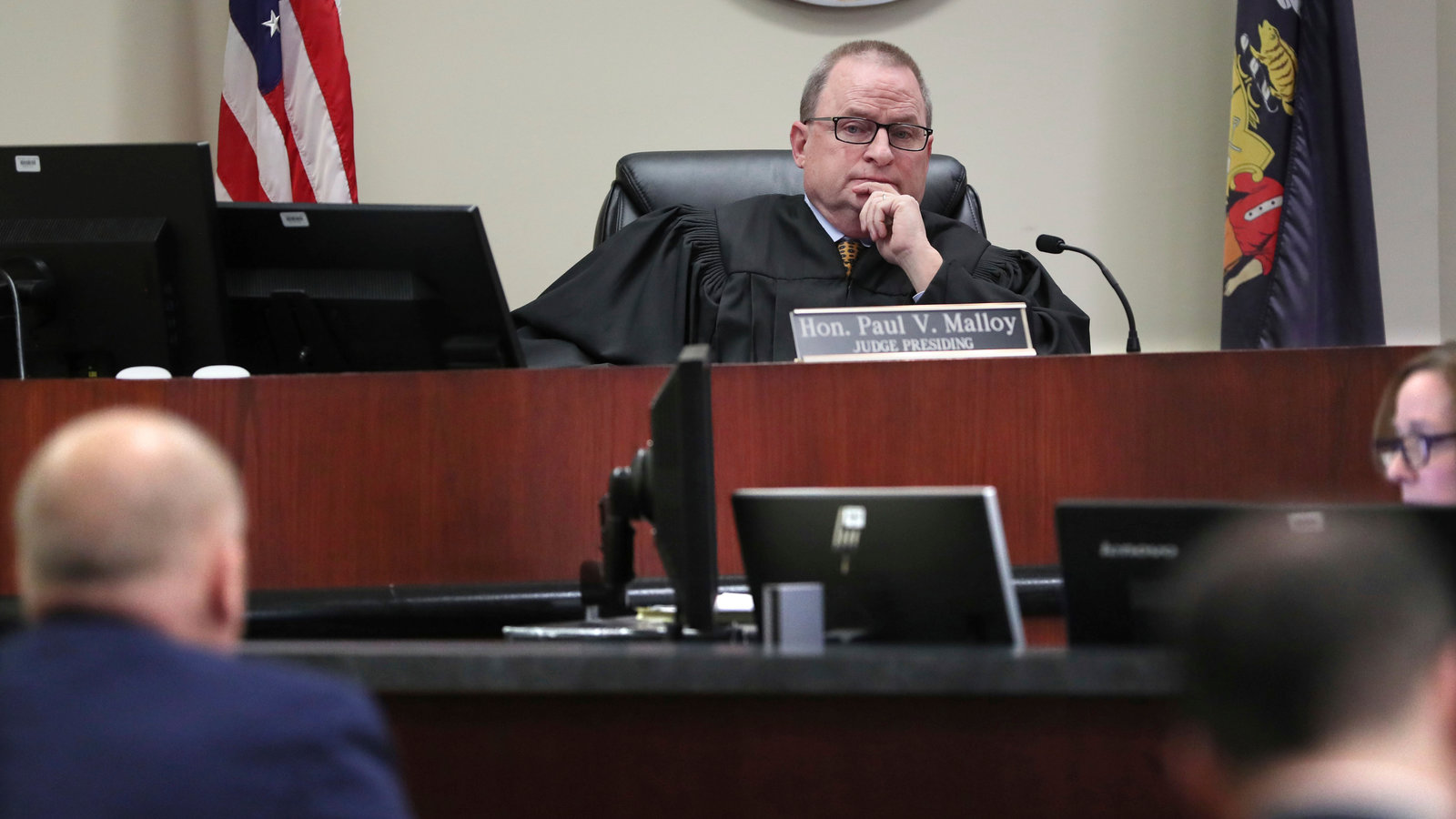 A Wisconsin judge held three state election commissioners in contempt on Monday and ordered them to proceed immediately with purging more than 200,000 people from the state’s voter rolls.

The ruling by Judge Paul V. Malloy of Ozaukee County Circuit Court doubled down on his finding last month that thousands of voters who are believed to have moved should have their registrations canceled in Wisconsin, a narrowly divided state that has become a focal point of the 2020 presidential battle.

The debate over whether voters should be purged from the rolls has become a proxy for the state’s tense partisan divide, and the purge itself has yet to be carried out because of a deadlock between evenly split Democratic and Republican wings of the Wisconsin Elections Commission. Three Republicans on the appointed six-member commission want to remove the voters, while the three Democrats wanted to wait for an appellate court to weigh in.

“We’re deadlocked, time is running and time is clearly of the essence,” Judge Malloy said.

Hours later, on Monday evening, the Wisconsin Supreme Court issued a ruling that cleared the way for Judge Malloy’s decision that the rolls should be purged to stand.

The debate has drawn intense attention in part because it has played out in a state that could tip this year’s presidential election. President Trump, who plans to campaign in Milwaukee on Tuesday, carried Wisconsin by fewer than 23,000 votes in 2016.

Conservatives said getting outdated information removed from the rolls was necessary to have clean registration lists and election integrity. Many liberals saw the effort as a blatant attempt to disqualify and confuse voters who would be likely to support Democratic candidates.

People who are removed from the rolls in error could re-register before or on Election Day.

Judge Malloy’s order, which includes a $250-per-day fine for the three commissioners who voted against the purge, could set up a dramatic meeting on Tuesday of the Wisconsin Elections Commission. The commission itself was also held in contempt and fined $50 per day. It remained unclear whether the ruling would sway any of the Democratic commissioners to vote for the purge to proceed.

Reid Magney, a spokesman for the commission, said it would be premature to comment in detail ahead of the meeting on Tuesday.

But liberal organizations said the motives behind the efforts were obvious.

“It’s no secret that this voter purge would target Wisconsin’s communities of color and young voters — the very people who are most energized to turn out in 2020 and win change for our neighborhoods,” Jennifer Berry, a Wisconsin resident who is a leader in a group pushing for a $15 minimum wage, said in a statement. “We’ll continue to fight back in the courts, in the streets, and by organizing so every Wisconsinite is ready and registered to vote.”

The conservative law group that brought the lawsuit targeting the registrations said the contempt finding was necessary after the commission failed to carry out Judge Malloy’s order.

“Court orders are not, and have never been, optional,” Rick Esenberg, the president of the Wisconsin Institute for Law & Liberty, said in a statement.

When The Milwaukee Journal Sentinel analyzed the list of voters that were believed to have moved, it found that about 55 percent of them lived in municipalities that Hillary Clinton carried in the 2016 election. The highest concentrations were mostly in college towns and the state’s two largest cities, Milwaukee and Madison.

Ann Jacobs, one of the commissioners who was held in contempt, said in an interview on Monday night that she was disappointed in the ruling and continued to believe her interpretation of the law was correct.

But would the contempt finding change her vote on Tuesday?

“I can’t say for certain, because obviously I’m always interested in hearing what my fellow commissioners have to say,” Ms. Jacobs said shortly before the Supreme Court ruling was announced. But she said she had “been reviewing the pleadings, and I have not seen anything recently that would make me think that the position we have taken is incorrect in any fashion.”